Sharing highlights and successes of our CVHEC member institutions

Greetings! I am happy to welcome you to the inaugural issue of the Central Valley Higher Education Consortium (CVHEC) digital newsletter.

CVHEC represents 27 colleges and universities in the nine-county region of the Central Valley from San Joaquin County in the north to Kern County in the south.  I am delighted that we can use this forum to share highlights and successes of our member institutions with you as planning for the 2020-21 academic year is underway.

As we approach the fall 2020 semester, our member institutions, led by dedicated and committed leaders, have been contemplating and planning opening the fall semester in the midst of a national pandemic, a state budget negatively impacted by the pandemic and the civil unrest in many parts of our country due to the tragic deaths of African American citizens George Floyd, Ahmaud Arbery, Breonna Taylor and Rayshard Brooks.  Students, faculty and staff can expect to experience an opening that will ensure a high-quality educational experience that will also provide for the safety of all.

As you make your way through our newsletter, we take the opportunity to introduce you to Dr. Juan Sánchez Muñoz, the newly appointed Chancellor of the University of California Merced.  Dr. Muñoz comes to the Central Valley from the University of Houston, Downtown Campus and is returning home as a native Californian.

We also ask that you join us in congratulating CVHEC member California Health Sciences University (CHSU) for the historic opening of its College of Osteopathic Medicine on July 21, 2020, with an inaugural class of 75 medical students.  CHSU has a mission to recruit and train Central Valley students in their university.  Of the initial cohort of students, 28% are from the Central Valley and 35% speak Spanish, both important for our valley.  Thank you CHSU for your commitment to our region and its communities.

In addition to this work, we want to thank AT&T for its generous contribution to advance our dual enrollment efforts with a $25,000 donation to benefit CVHEC’s dual enrollment work to increase post-secondary completion in Fresno County.

I hope you enjoy this issue of our digital newsletter and those coming in the months to come. 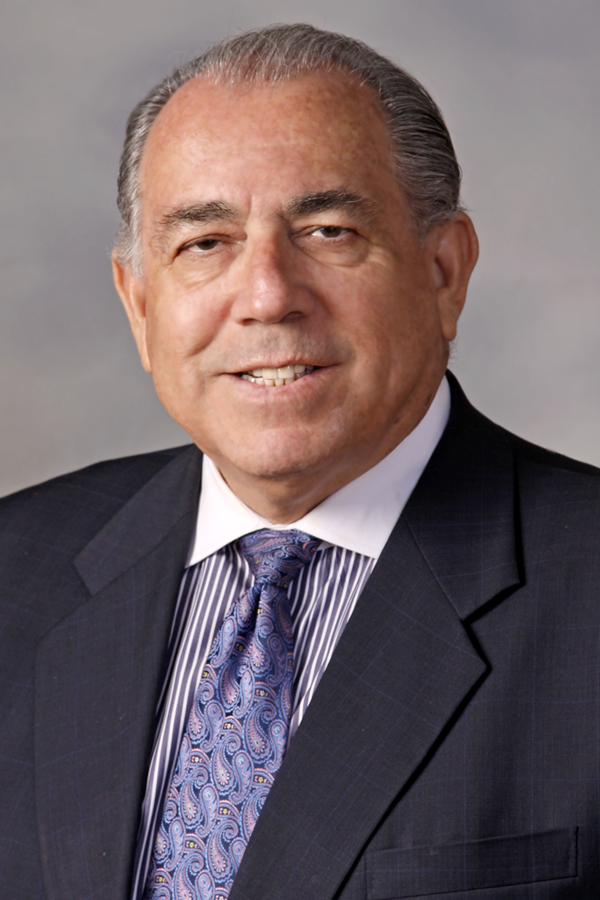 ‘Dual Enrollment in the Central Valley: Working Toward a Unified Approach for Equity and Prosperity’

As a result of the discussions in these early gatherings, a dual enrollment task force was formed. Participating leaders appropriately named their effort the Central Valley Dual Enrollment for Equity and Prosperity (CVDEEP).

The task force has endeavored purposefully and strategically in addressing the complexity of dual enrollment to spotlight both challenges and best practices for colleges and high schools in the nine-county CVHEC region.

With its new pre-accreditation status in order, California Health Sciences University announced its grand opening for the Central Valley’s new medical school, the College of Osteopathic Medicine (COM), will be July 21 when instruction begins for its inaugural class of 75 medical students.

As the university finalizes preparations to open its new state-of-the-art, three-story medical school building located at 2500 Alluvial Avenue in Clovis, a virtual ribbon-cutting video will post at 11 a.m. June 30 and can be seen on CHSU’s social media platforms after that.

The university also announced recently that the college has met all standards and requirements for Pre-Accreditation status by the Commission on Osteopathic College Accreditation.

“Pre-Accreditation is a milestone achievement and the highest level awarded to COMs that have not yet graduated their first class,” said Dr.  John Graneto, COM dean, in his accreditation announcement June 10.  “We are encouraged by the diversity of the initial cohort and the representation by Central Valley students.”

Founded in 2012 and envisioned by the Assemi family, CHSU is addressing the shortage of healthcare providers in the Valley amidst statewide projections showing that California will need 8,800 more physicians by 2030 to serve healthcare needs.

“It’s gratifying to see California Health Sciences University fast-tracking its growth and trajectory toward becoming a nationally recognized institution and to help remedy this long-standing problem,” said Dr. John Welty, President Emeritus of Fresno State and chair of the CHSU Board of Trustees, when he wrote about the valley’s new medical school in several local newspapers recently.

Dr. Welty is also a founding member of CVHEC.

Dr. Graneto said 75 percent of the inaugural 2020 cohort are from California and 28 percent are local students from the Central Valley.

“Sixteen different languages are spoken by this diverse group of students, which is critical to help bridge the language barrier that many underserved populations experience when seeking health care,” Dr. Graneto said. “35 percent of the class speaks Spanish.”

In January, the CHSU-COM leadership, faculty and staff moved into the new facility following an expedited 18-month campus expansion project that was prepped and ready for students before the COVID-19 shelter in place orders were enacted.

CHSU opened the first pharmacy school in the Central Valley in 2014. Dr. Graneto also added that recruitment is now underway for the second cohort that will begin in fall 2021.

See video of the CHSU virtual ribbon-cutting June 30 at 11 a.m. on the university’s social media platforms. 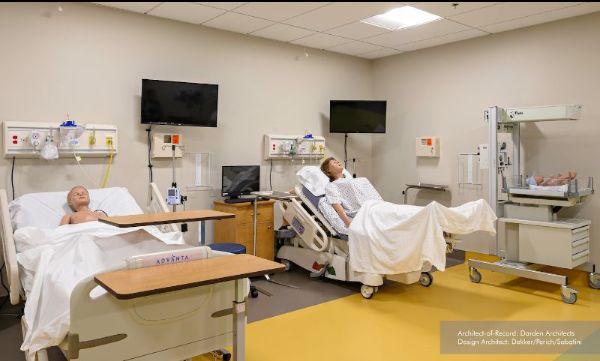 The emergency/intensive care unit in the in-patient wing of the new CHSU Simulation Center on the CHSU campus. 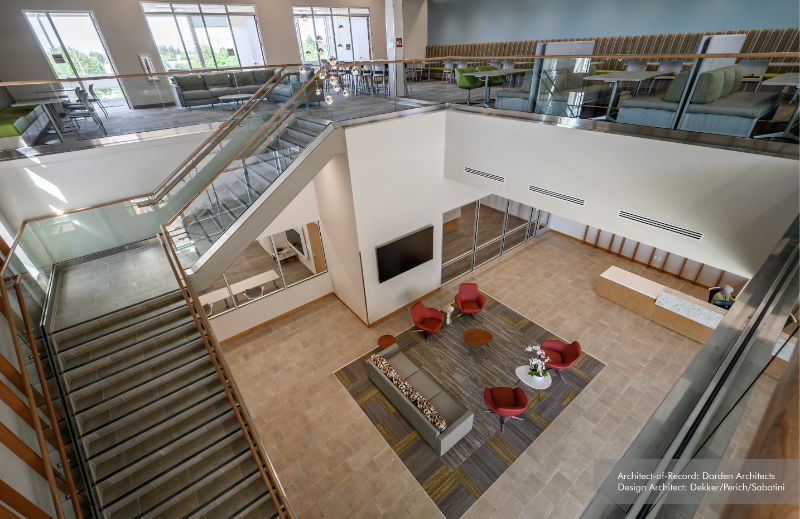 The first floor main lobby of the new College of Osteopathic Medicine (CHSU-COM). The second floor showcases some of the student rooms and areas for CHSU-COM medical students. 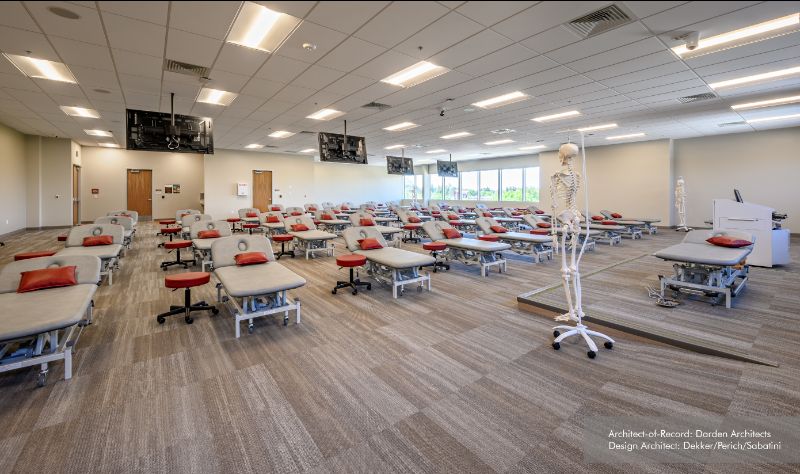 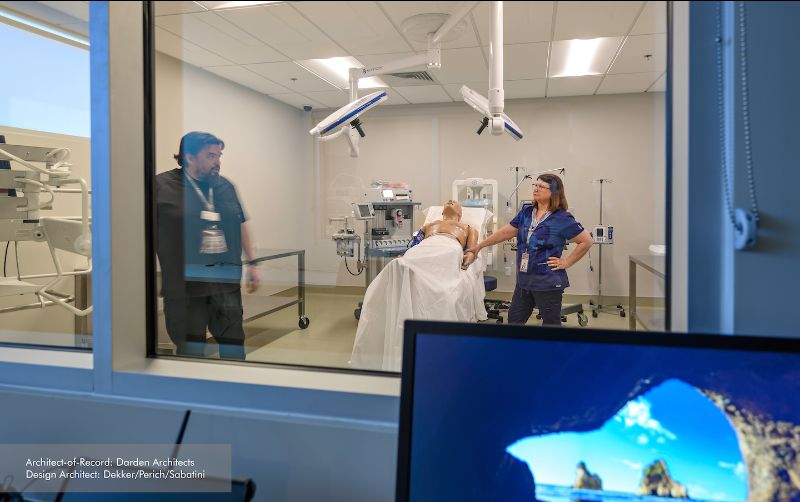 The operating/birthing room in the in-patient wing of the CHSU Simulation Center on the CHSU campus. 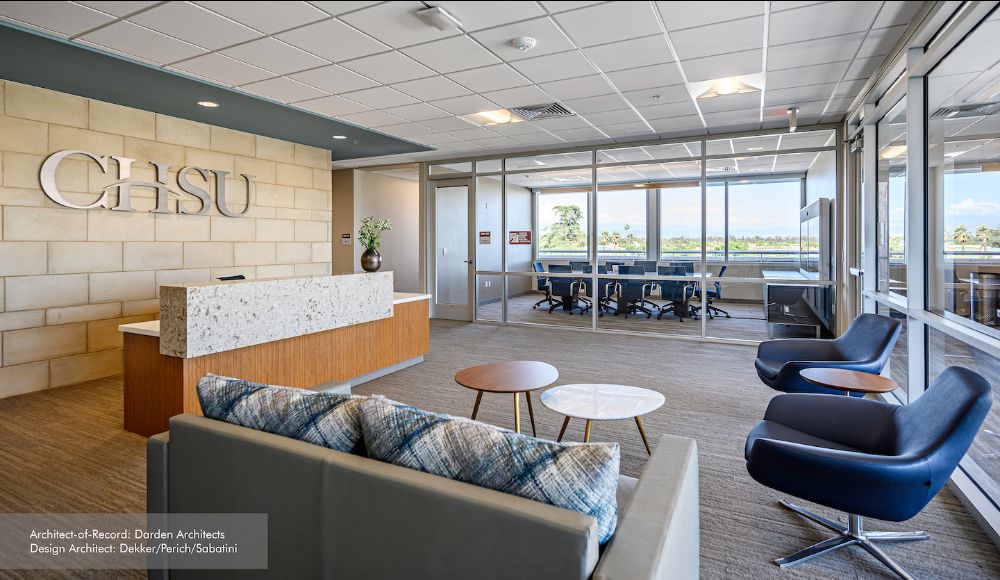 (JUNE 26, 2020) – The Central Valley’s 27 college and university presidents and chancellors reported today that
most of them will resume the remote education environment they implemented in the spring semester when the
coronavirus pandemic swept the world.

“Some campuses will use a hybrid of remote and in-person courses for certain cases such as required labs,” said
Duran, who also is President Emeritus of Merced College. “All campuses will continue to practice COVID-19 safety
protocols as recommended by local health departments, California Department of Public Health and Centers for
Disease Control for on-campus instruction and for those working on campuses.”

Today’s call was similar to other calls the presidents and chancellors have shared throughout the COVID-19 crisis,
and have helped to stabilize educational delivery in the Central Valley during this academic upheaval. The CVHEC
Board COVID-19 meetings have given the presidents and chancellors an opportunity to reflect and confer on the
decisions being made throughout this crisis.

“As they have done on many issues in the past, these CEOs are pulling together to make sure their current
students’ academic needs and general well-being, as well as faculty and staff, are not compromised,” Duran said.

See the CVHEC COVID-19 resources page with links to each campus update.

The Central Valley Higher Education Consortium (CVHEC) is a 501(c)3 incorporated non-profit organization comprised of all 27 accredited public and private colleges, universities, and community college district members in California’s Central Valley nine-county region (San Joaquin to Kern counties). CVHEC serves as the convener and executes the policy objectives of the CVHEC Board that is made up of the presidents, chancellors and other administrators of these institutions of higher education. A key CVHEC objective is to increase the Central Valley’s degree attainment rate. The organization also works closely with legislative leaders as an advocate for the higher education policy positions of the CVHEC board).

Dr. Duran was invited to participate in “Línea Abierta” to discuss the local impact. Hear a Radio Bilingue interview with Dr. Ben Duran (Spanish) : Starts at 46:10

Statement in Solidarity with the African American Community

The Central Valley Higher Education Consortium (CVHEC), a consortium of 27 colleges and universities serving the Central Valley of California, ordinarily works with its consortium members to enhance opportunities for valley students to access college and realize their life’s dreams.

However, these are not ordinary times. We find ourselves in dark times looking for the light we know lies out there for our nation.  Our country has been through dark times before and we have always emerged as a better people.  Once again, as we see our America in these historic times, engulfed in tumultuous scenes of strife and danger, I am compelled to join my CVHEC colleagues in denouncing the resurgence of the racism and bigotry that many have fought, for decades, to quell and eliminate from the America we all strive to create.  Today, we stand by, and with, our African American students, faculty, staff and communities of our Central Valley colleges and universities as they join others in the country to grieve and endure the pain of yet another senseless killing of an African American man, who like many of us, was a beloved father and friend. When he left home on that fateful day his family never imagined that they would never see him again.

In the killing of George Floyd, I, along with millions of Americans, witnessed yet another hateful and graphic act of violence against an African American in today’s America.  Perhaps as tragic and horrific as this killing was, is the fact that a simple act of humanity and compassion by other police officers present could have prevented the taking of his life.  Instead, we saw a complicity that was deaf to the anguished pleas of witnesses on a public street voicing their alarm at what they were witnessing.  Sadly, George Floyd’s death was preceded by the recent deaths of Breonna Taylor and Ahmaud Arbery, two other African Americans who suffered the same fate, not because they were violating any laws, but because they were African Americans.  These deaths, as tragic as they are, are symptoms of a much larger systemic problem of injustice and equality that the protesters are striving to shed light on through their actions.

As I witness the images of Americans and people throughout the world who join them in using the voice of national protests to convey their anger and anguish at the injustices that are disproportionately thrust upon the African American community, I like many Americans was saddened and sickened by the violence and destruction that we witnessed in media reports, perpetrated by those opportunists whose motives should be questioned and who are not acting on behalf of the vast majority of those on the streets.  For many of us, it awakened old wounds and memories from another time when our country faced similar anger and rage. Though these acts of violence may be partially responsible for compelling authorities to file charges against those responsible for George Floyd’s death, I pray that the violence, against all, will begin to subside. I fear, continued violence will detract from the message of those protesting racism and bigotry while also dishonoring the memory of Mr. Floyd and the others who have suffered similar fates.  Senseless spurious violence, focused on police officers, protesting citizens or businesses and community centers has no place in the search for solutions that protesting Americans are pursuing.

As I dialogue with friends, family, and colleagues, I am struck by the compassion and solidarity they feel with those on the streets fighting the inhumanity and barbarity that has risen up again in our country and breeds the racism and bigotry that is the antithesis of America.  It is times like these when all Americans must join together to address the institutional racism that prevents our African American colleagues, students, and neighbors from successfully addressing the challenges and barriers they encounter, not only in our Central Valley region, but throughout the United States of America.

To that end, I am committed to ensuring that the umbrella of equity, under which CVHEC works, will encourage an ongoing and meaningful conversation on the difficult topics of racism and intolerance in our institutions of higher education in our communities.  We must strive to reflect the human values, ethics, and morals that lead to treating everybody equally regardless of our diversity and political differences.  We must walk together, side by side, to lead this country out of these dark times to create a more enlightened nation, where truly there will be liberty and justice for all.